This book provides you with the information you need to make the shift to increased productivity. As reflected by currently marketed products, since the advent of genetic engineering in the 1970s, there has been little basic change in the technologies used for commercial-scale manufacture of biopharmaceutical products.

Who Should Read This Book

Whether you are a large or small innovator, CMO or biogenerics company and seek to develop new licensing/income streams, dream of starting a new company or simply are looking for a good investment, there are ample opportunities to get involved now, particularly before the advantages of getting involved in earlier stages of technology development and licensing are lost.

Currently, there are just a few major players promoting new technologies, and as shown in this directory, there are an incredible number of technological advances ready for adoption, adaptation and further development, providing ample opportunities for process improvements and profit.

Already, most major large (bio)pharmaceutical companies have made some moves in this area, with some paying millions dollars to acquire companies whose only or primary assets are new manufacturing platforms, while others are quietly but actively investigating, optioning, licensing-in and implementing new technologies.

The opportunities for profit are also illustrated by past technology licensing, e.g., Columbia University took in nearly $370 million over 17 years (average over $20 million/year) from licensing of co-transformation technology (see related entry) at less than a 1% royalty; Stanford University and the University of California each took in over $200 million from licensing of the Cohen-Boyer patents covering basic aspects of recombinant protein manufacture.

This directory was designed to provide you with access to the most important new technologies relevant to the commercial-scale manufacture of biopharmaceutical products, particularly recombinant proteins, including glycoproteins and antibodies. If you have not recently fully assessed your commitment to your current systems (quite possibly the same basic technologies you and others are familiar with, e.g., used in graduate school or since entering the industry; the same ones in use for decades), you probably should. If you are not considering implementing totally systems/platforms or at least improving the one(s) you currently use, you are missing significant opportunities. New systems and improvements to traditional ones offer compelling increases in product yields and associated reductions in manufacturing costs.

This is the 1st edition of Biopharmaceutical Expression Systems and Genetic Engineering Technologies: Current and Future Manufacturing Platforms. Expression systems encompass the technologies – biological materials and associated know-how – needed to genetically modify organisms for the manufacture of recombinant proteins (including glycoproteins and antibodies).

This book is designed to be the single most informative source concerning commercial biopharmaceutical product manufacturing-related expression systems and basic engineering technologies, with emphasis on those currently used for biopharmaceutical manufacture and those available for commercial licensing for this purpose; providing basic information for the knowledgeable user to determine relevance for their applications; conduct further research and/or contact technology licensing sources. The primary goal is to inform the user of the many technologies in commercial use and those claimed to be useful for commercial-scale manufacture of biopharmaceutical products, rather than provide detailed or comparative information about each.

This directory should save you considerable time and effort in finding technologies relevant to your interests. It should reliably cover relevant technologies currently being used commercially, those being actively offered for licensing, those discussed in industry news sources and review articles, and those offered by leading genetic engineering and bioprocessing technology licensors.

Simply stated, coverage concentrates on host cells/organisms, basic genetic engineering methods, recombinant constructs and the many technologies available to enable or improve expression of desired proteins, including glycoproteins and antibodies. This directory concentrates on the core genetic materials (e.g., host cell lines and organisms) and related methods and materials, e.g., vectors, promoters, selection and amplification methods, chaperones, etc., used or claimed useful for commercial-scale manufacture of biopharmaceutical products, primarily recombinant proteins and monoclonal antibodies. Thus, this directory concentrates only on what is used or needed for upstream manufacture.

This directory includes broad platform technologies, generally defined by the living host cells/organisms being used, which may be natural or genetically modified to begin with; and the basic genetic engineering technologies needed to get the desired gene sequence(s) into these hosts and get these genes efficiently expressed (transcribed and translated) for commercial-scale manufacture. Thus, this directory includes a number of specific genetic engineering technologies, e.g., vectors, promoters, chaperones, affinity fusion protein purification schemes, etc., useful with all, some or specific platform technologies/host systems.

Technologies involve or can be defined or viewed in many ways or on many different levels. In nearly all cases, technologies have been described in or exemplified by patents. Technologies involve know-how or enabling knowledge and related information. With biopharmaceutical manufacturing and genetic engineering technologies, this invariably involves information, e.g., methods and gene/protein sequences, often embodied in genetic constructs and culture collection deposits. In the biopharmaceutical area, just about every technology of interest has been or is in the process of being patented; and most technology acquisition or other technology transfer involves patent licensing. In many cases, all one needs to effectively acquire rights and implement a desired technology is to license related patents. In many other cases technology acquisition/licensing should involve or requires initial or even continuing technical assistance from the inventors or the organization handling licensing.

Coverage includes both technologies currently in predominant use for biopharmaceutical product manufacture, with these primarily based on use of E. coli, Chinese hamster ovary (CHO) cells and yeasts, primarily Saccharomyces cerevisiae, and new and upcoming alternative platforms/hosts, most of which have not yet been adopted/adapted for commercial-scale manufacture. Much of the older technologies, particularly those in use since the 1980s (including most E. coli, CHO and yeast technologies), have in recent years either lost or will soon lose patent protection. Many users of this directory will likely be interested in these proven, regulatory agency-familiar, cheap (now or soon no licensing expenses involved) but, in many respects, inefficient technologies. Most, if not most, directory users are presumed to be interested in new alternatives and/or significantly improving current in-house platform technologies, e.g., by adopting newer technologies offering higher yields.

What Is Not Included

If a technology does not involve genetic materials and their manipulation, generally host cells/organisms and genetic constructs or methods, it has not been included, no matter how relevant to biopharmaceutical manufacture. Thus, this directory does not include:

Descriptive entries are provided for ~340 technologies. Data fields are:

The monographs are divided into two main sections:

Within each of the two main technology sections, monographs are loosely classified or grouped by broad platform technologies, generally host cell/organism classes, e.g., E. coli, yeasts, mammalian cells, etc. However, keep in mind that most technologies are or can be presumed to either be relevant to multiple broad platforms, as is often presented in monographs, or may actually be relevant to just one specific platform, e.g., vectors claimed useful with yeasts may actually be only or primarily useful with S. cerevisiae or another yeast (but available information does not make this clear).

The following indexes are provided:

Our Team in the News

Mr. Ronald A. Rader is uniquely qualified, with a B.S. (Microbiology), M.L.S. (Library Science), and 25+ years experience as a biotechnology, pharmaceutical and chemical information specialist and publisher. 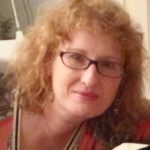 Alla Rutstein Bobbitt is a healthcare, pharmaceutical, and biodefense policy expert and biomedical writer and editor with nearly 20 years of public and private sector experience. Her diverse background has provided her with a unique inside and outside perspective on pharmaceutical and biotech R&D, manufacturing, and regulation, with an emphasis on complex issue analysis and […]

Advances in Biopharmaceutical Technology in India

A Quick Guide to Clinical Trials

A Quick Guide to Clinical Trials,  2nd Ed. -  This book provides a unique view of the clinical trial … END_OF_DOCUMENT_TOKEN_TO_BE_REPLACED